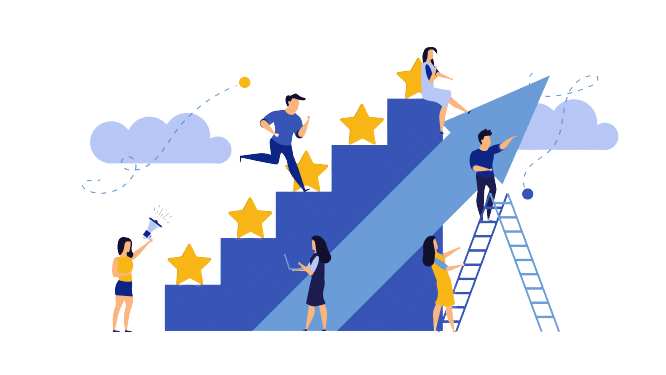 The following are few features, benefits and feedback as to why our clients find having their website with Jezweb advantageous.

As part of your contract with Jezweb on building a new website with Jezweb, we have a 12 month warranty on all of our sites. So if something appears to break, or does not work as discussed, then we would be happy to fix that up for you.

Gets all your web pages found and indexed by the search engines.

Anytime there is a change to a page, post, product or category is updated the sitemap is updated.

Our Jezweb developers have created Jtheme – Jello which is optimised theme without all the extra code that most themes contain, this will ensure your website runs fast.

Our project managers have a keen eye for detail as we build your website, and we have a dedicated QA process at the end of the project to double check the standards we aim to achieve for every site we build.

Edit your website with ease of drag and drop, click to edit with our page builder Elementor.

Uptime and load monitoring by us and our data centre providers.

Uptime Service Level Agreement is 99.95% based on network and host node availability.

As part of your website, Jezweb uses a set of premium paid plugin licenses, so that you don’t need to worry about buying these separatly. The plugins we have chosen have great developing companies and support behind them, they also avoid bloat and reduce potential coding conflict & failures.

We create GA & GMB as part of our website build process.

As part of your website build process, we will create a Google Analytics Account and also a Google My Business listing for your business. If you have either, we work to join and help manage these listings with you.

Transferring your domain, website, emails over to Jezweb just got a whole lot easier, let us do the hardwork for you as we specialise in knowing exactly how DNS and cpanels are setup

Jezweb has many connections and referral partners, need someone in IT, Marketing, Graphic Design, Google Ads, ask us who we recommend.

We have our office at Wallsend, come in and visit us today to receive excellent customer service.

Our team consists of multiple staff specialising in each department with overlapping abilities to cover when people are away.

We have a local and remote team to get work done right round the clock. We can assist with site migrations after business hours, or core theme updates during the night to ensure your website and business keeps active when the time is important to your customers.

Face to Face or Remote Meetings

Would you like to sit with our professionals to discuss your website or prefer to do a video call? We offer both options to suit your needs.

Our insurance broker ensures we have suitable insurance for our operations, key people and facilities.

We take your concepts, ideas and verbal institutions and implement them on your website with ease. Every website design is unique to your business.

As we write “off the cuff” directly from brain to computer, work is individual for our clients and their businesses. After reading sufficient to understand the topic it will be drafted and then quotes or facts added in to ensure greater reader trust in the material.

The content we write will pass the Copyscape plagiarism test and is not simply lifted in bulk from other websites. Typically someone other than the author of an article will complete the editing checks and read through before we publish. We are also happy to send you a copy for review and approval before we publish.

Payment plans and frequency of hosting invoices can be updated to suit your needs, contact us today to discuss.

Jeremy is a local member of Rotary and BNI

Jeremy has been a Rotarian and involved with Rotary projects since the early 2000’s Throughout his years he has been president and other roles, Paul Harris Fellow and is involved in community projects, such as Bunker and Back Bike Ride.

Jeremy has been a member of BNI since 2010 and over the years he has also been involved in the various committee roles and leadership, he enjoys going to BNI Sunrise every Friday morning to connect and support other local businesses.

We are certified with University of Newcastle to build websites, so if you are a project team looking for a website, then contact us to help.

We help you every step of the way with design, domains, hosting, email accounts, website, SEO and Google.

We help you every step of the way with design, domains, hosting, email accounts, website, SEO and Google.