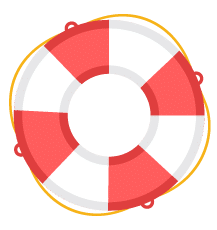 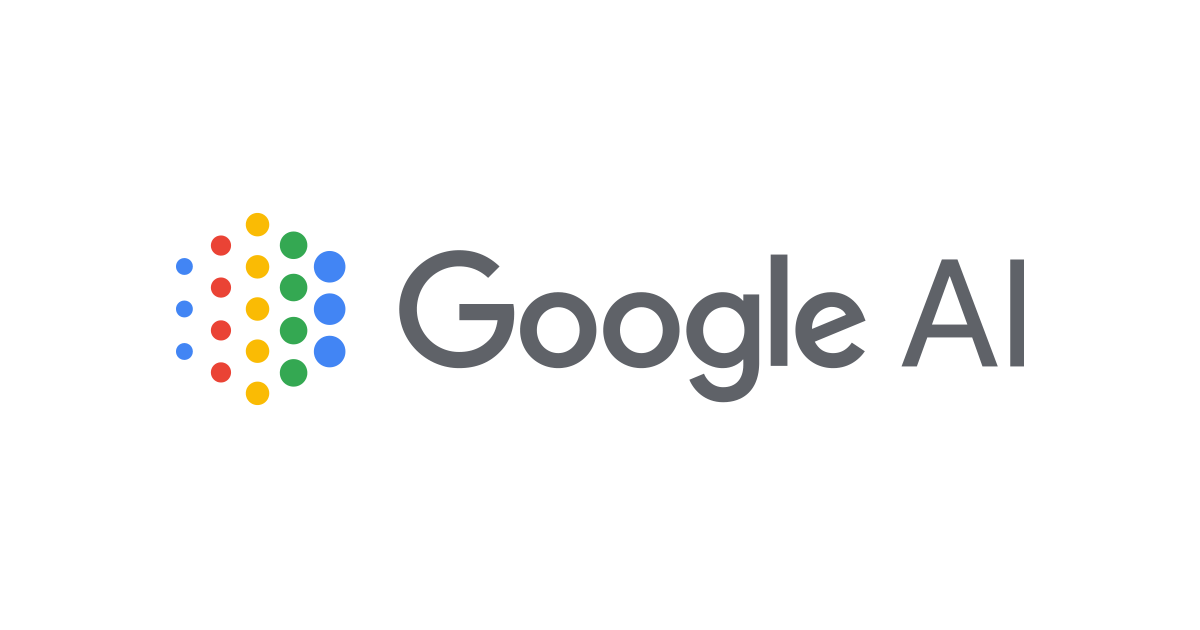 When we talk about Artificial Intelligence, we think of robots, an ultramodern technology, right? Those big machines that can build an entire car practically on their own. Something completely abstract and distant.

It is not completely wrong to think that way, after all these great feats are also possible by this technology. But still, artificial intelligence is much closer than we can imagine, we deal with it virtually every day through our smartphones. It is a reality increasingly present in our routines, even if it goes unnoticed most of the time.

The apps from your mobile, your smart TV, on your computer. All these new machines that are part of our daily lives are full of different forms of artificial intelligence. Ways that have been evolving and bringing news with one main goal: to facilitate our daily routine.

The searches we do on Google, the routes we trace on Maps, the cloud apps that store our personal files, streaming services like Netflix or Spotify. Every day we are involved with artificial intelligence, algorithms and a large mass of technology.

Google itself provides a variety of resources based on machine learning and artificial intelligence. Understand a little more about the technology involved and how we deal with it every day:

Artificial intelligence is a branch of computer science research that seeks to build mechanisms that can simulate the human ability to form a line of thought. That is, intelligent machines that can solve problems through computational symbols.

This development and study began at the time of World War II. Scientists intended to create something that could simulate a human life. The first studies of artificial intelligence took place in the 1950s at Carnegie Mellon University in Pennsylvania, United States.

With the advancement of technology, studies in artificial intelligence have progressed rapidly. In films such as The Bicentennial Man and A.I. – Artificial Intelligence, we can understand the fanciful will to create a machine that, in addition to the ability to think, could also have emotional abilities, as well as a human being.

In a more current view, artificial intelligence machines can easily mimic the rational capacity of the human brain. Backed by digital data, the machine can make decisions independently and accurately. Solving practical problems, being able to simulate situations and answers. That is, with a high intelligence.

Artificial intelligence technology allows the machine to learn, just like a child. The system can absorb a large amount of raw data, understand and identify patterns of all types.

There are three specific phases to understand artificial intelligence:

Google is an AI-first company. This means that all your products somehow have machine learning processes and artificial intelligence. Whether it’s your main feature, such as internet searches, your email or the photos feature of Android smartphones. Always bringing new solutions, increasingly practical and fast, to its users, through artificial intelligence.

Behind every feature That Google offers to its users, there is a software system. Each with a primary purpose, but that, in basic terms, can capture patterns through training with a real database.

Meet now seven, among many others, involving all this technology and who have the power to make our lives easier:

Google started out as a search engine within the internet. Unlike other search engines of the 1990s, Google creators developed a system that could analyze the relationship between websites, determining their relevance and importance through the number of pages.

Over time, artificial intelligence became the center of the search system. One of its last updates, still in 2019, involved the processing of natural language, after all the machine still has difficulties to understand languages, with so many possibilities and contexts for each user.

But in addition, searches already counted on GoogleBot, a robot that tracks all web pages for the best search results – in a matter of thousandths of seconds.

In the world of smartphones, virtual assistants are no longer new. And users of Android systems rely on google assistant. This artificial intelligence tool is available in different languages and can be easily accessed with the ‘Hey Google’ voice command.

With your latest updates it is possible to even maintain a more fluid conversation with the system. The user keeps asking questions, without having to always trigger the command, with a more natural form of interaction.

The Google Duplex function has also been introduced. In this stunning update, the Google Assistant can make calls and chat directly with others. Being able to schedule trips and schedules – according to a prior guidance of the user.

Google Photos stores the images within each folder of your device. Even when you realize that the photos are taking up a lot of space on the phone, warns the user to delete them, after all they are safe in the online backup of the device, tied to Gmail.

In addition, Google Photos can recognize your images. If you search for ‘pets’, ‘dogs’, ‘parks’ and even ‘hugs’, the system will search for all photos related to your search. This form of system recognition can still automatically organize albums, such as photos from a weekend and even by people, through facial recognition.

The system also offers automatic correction for your images and various filter options. For photos taken from documents, Google Photos recognizes the file and also provides a correction by adjusting the image for easy reading.

Google Lens is a new feature for devices with Android 5.0 system, which also aims to bring facilities for users. The application recognizes images and provides information, from course, artificial intelligence.

Through it it is possible to capture information about products, such as brand, price and where to find the item. It is also possible to translate text into images – the system still tries to use the same font found in the photo, for a more natural reading. In cases of business cards, you can save the contact on the mobile phone from the data captured in the photo.

The system can also identify plants and animals, historical facts of buildings throughout the city and still seek more information on a theme of a book. Just zoom in on your Google Lens and ask for your references.

The email of Google users has also undergone language enhancements, in a new function called Smart Composition. When you start typing a text, you get suggestions to finish the sentence. By clicking on the Tab key of the keyboard you accept the text provided by the machine, similar to the automatic corrector already present on smartphones.

The idea of the system is to save time by decreasing repetitive writing and chance of spelling and grammar errors. The machine can still suggest relevant and contextualized phrases, greetings and even a closure according to the day of the week.

Google Play Music allows the playback of mp3 files of the user, but in the case of subscribers, also has a streaming system with thousands of songs and playlists ready, and of course, also has artificial intelligence.

As the user listens to their favorite songs and artists, the machine offers personalized recommendations. You can even take into consideration the time of day or the weather to suggest a song.

On Youtube, Google’s video platform, could not be different. In addition to using algorithms to suggest videos based on the user’s previous choices, the system also relies on artificial intelligence for video subtitles.

When the user asks you to turn on subtitles for a video, artificial intelligence transforms audio into text in the original language and then translates that text into a caption. This learning algorithm can transcribe speech in up to 10 languages!

Google Maps is already an old acquaintance of users. The feature helps you find several points, and has been running for years. The first version was a computer software called Google Earth, which had a version of the globe on its startup and could find different parts of the world. Maps is a more evolved version, which can help you find a right address by serving as a GPS.

In the travel system, the Google Trip app can help the user create the itinerary of their next adventure by arranging a complete itinerary, inserting destinations, favorite locations and even storing reservations.

The app also brings suggestions from tourist sites and restaurants, for you to plan your day. These are just a few of the many artificial intelligence features developed by Google. With the advancement of computer science studies, we can expect even more facilities in the palm of our hand!

Artificial intelligence can still impact many areas of the market, including Digital Marketing, with the possibility of implementing Robots, such as Jezweb, in Google’s ad campaigns. 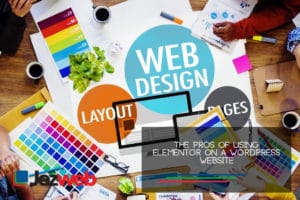 The Pros of Using Elementor on a WordPress Website

Features and Benefits of Elementor Page Builder There are thousands of plugins that will allow the user to add capabilities and functionalities to their website. 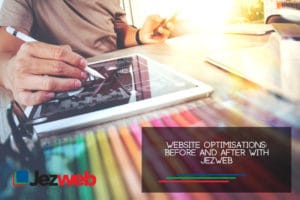 The importance of website speeds and Website Optimisation techniques for increasing Google ranking, and how to start maximising your search engine visibility Today, most of

How many plugins is too many for a WordPress website?

So, you have just built a shiny new WordPress website. You’re looking at the dashboard and wondering what the ‘plugin’ tab is. For many individuals, 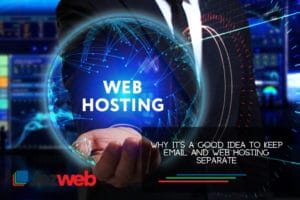 Advantages of keeping your email and web hosting separate Websites and emails work hand-in-hand in streamlining brand promotion and communication. As a New South Wales 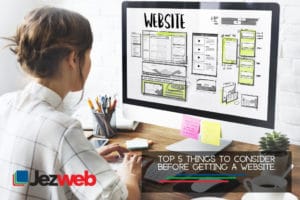 In a world where technology is constantly changing and nearly everyone is connected to the internet in some way, shape or form – be that 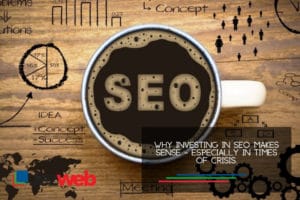 Why investing in SEO makes sense – Especially in times of crisis.

As COVID-19 is starting to settle down, the effects are very much still being felt by Australian Businesses. The Corona virus radically changed the entire